Since I have a free moment (and the internet connection is back up), I thought I’d write a short status update of my trip to Japan. But first, let me point out that I used the term “status update”. What am I? A project manager?

In any case, we’re having a pretty nice time. Below is a little mural of photos I’ve taken thus far. Yes, I have been suppressing my Asian side by not being quite as trigger happy as one would expect. 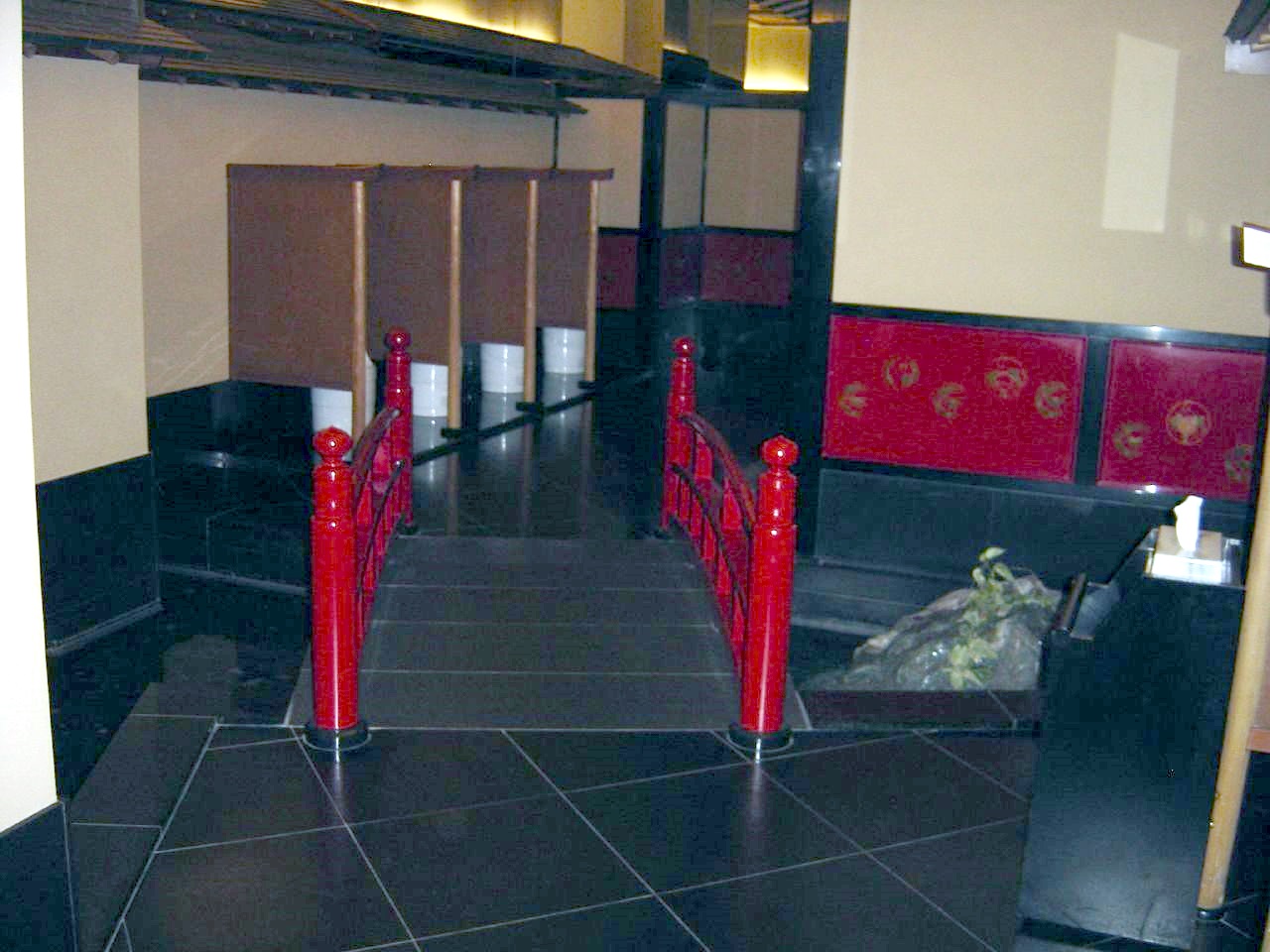 a luxury hotel that served as the inspiration for the location of the movie Sen to Chihiro no kamikakushi, otherwise known as Spirited Away. This place was one large museum piece. For example, though it is a bit dark, the picture to the right is of the main lobby bathroom. Notice it has a freaking bridge in there! Does that bridge look familiar? 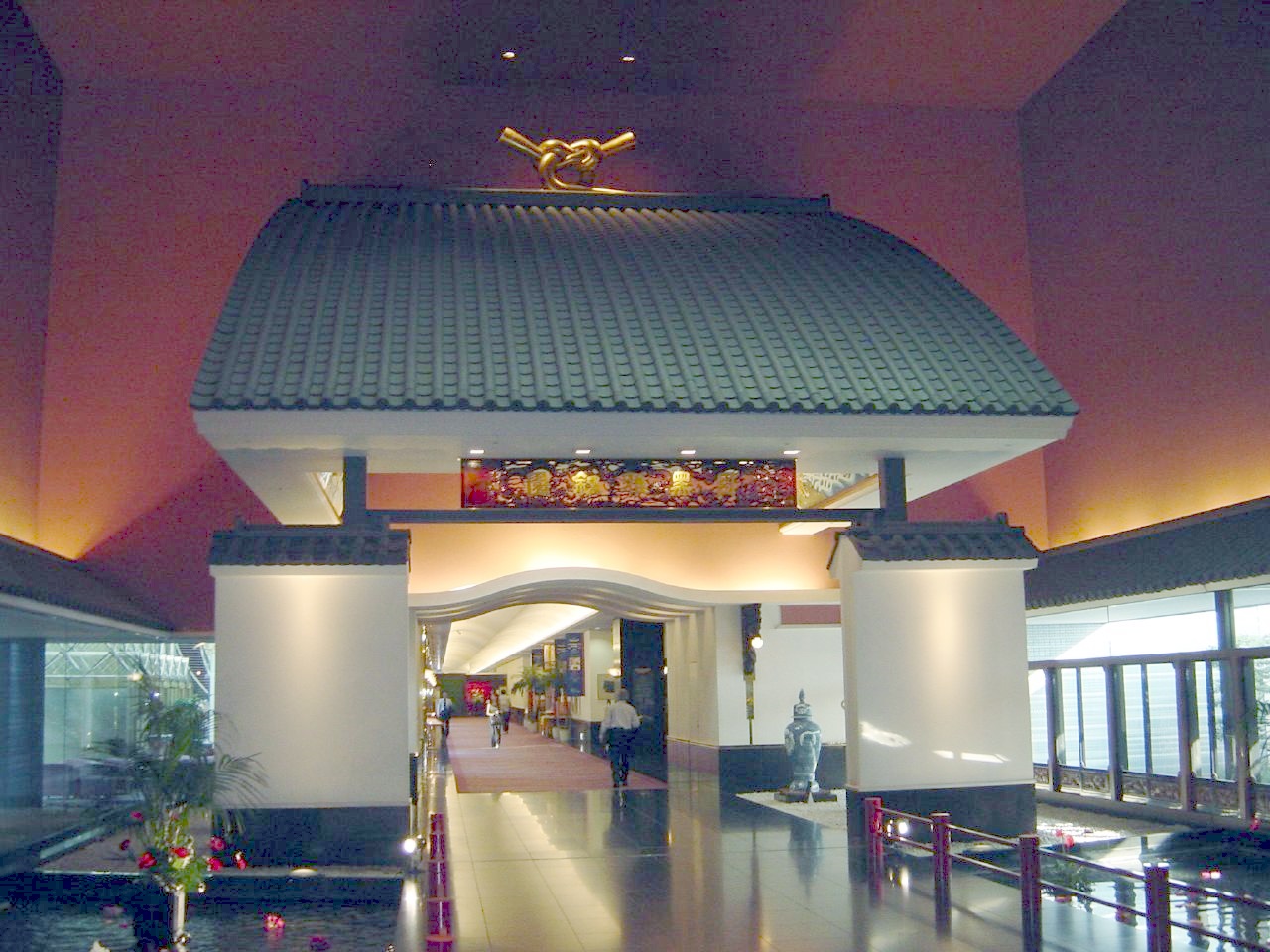 The lobby of this place was breathtaking with its collection of historical artifacts, paintings, a pathway with water on both sides. Check out that archway within the lobby walkway. Notice the water on the left and right corners. The place even had waterfalls in its garden. 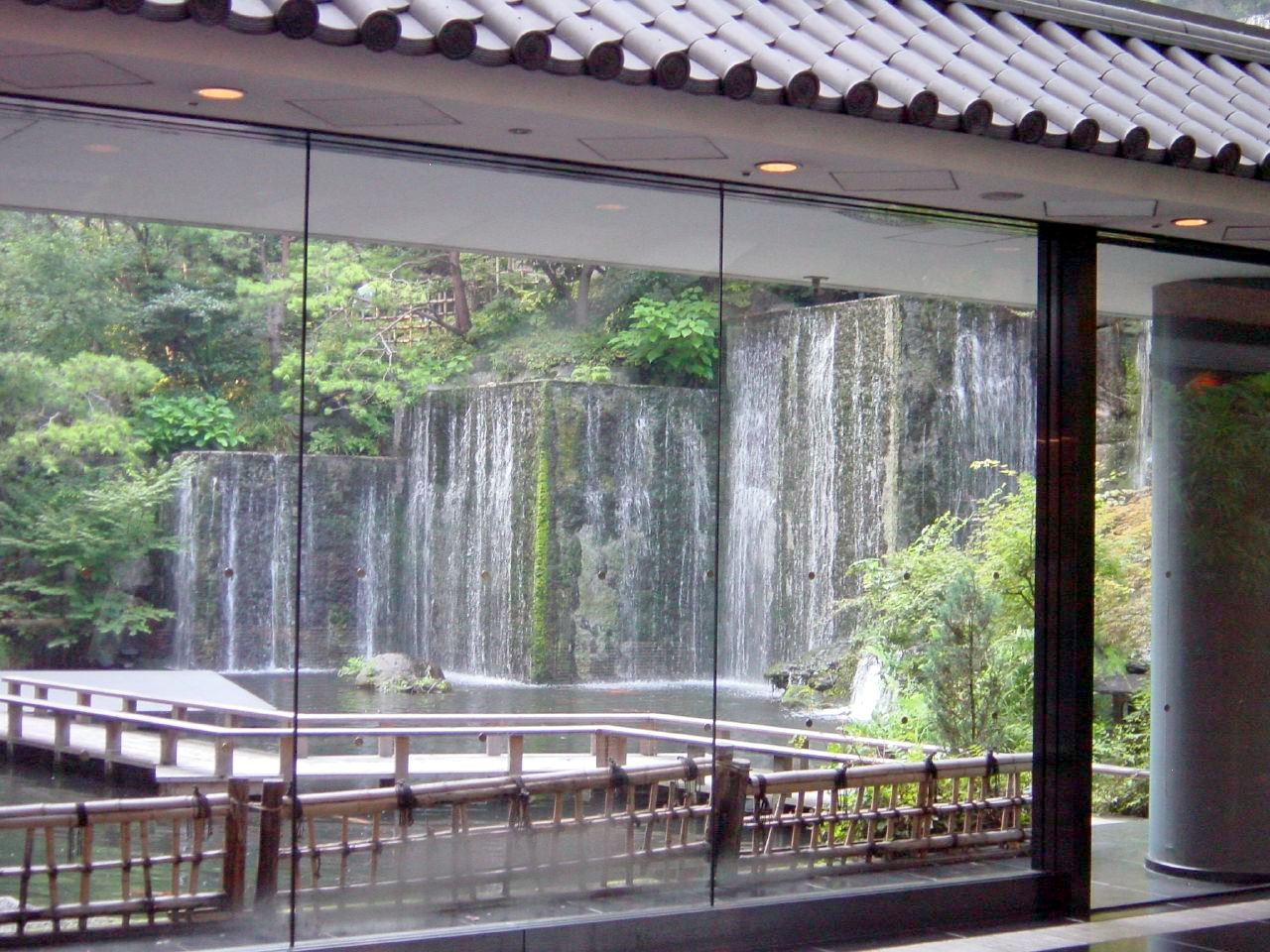 Much of the original hotel grounds had to be razed due to an encroaching river. We took a tour of the original section that was spared the destruction due to its distance from the river. 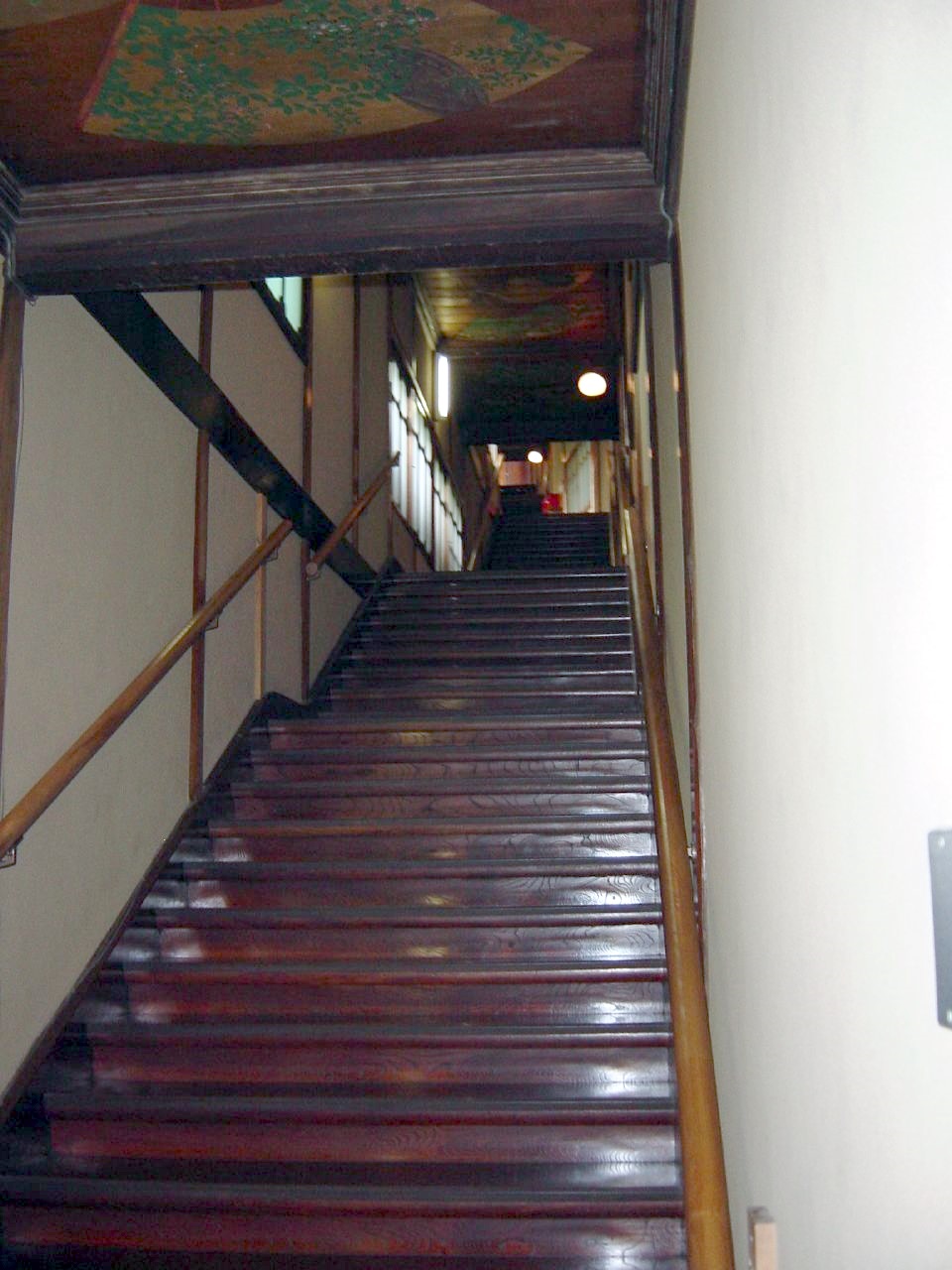 This is a picture of the famous 100 stairs. It turns out that there are only 99, according to our tour guide. I personally think they should add one just to be honest. In any case, I did remember this staircase from the movie. 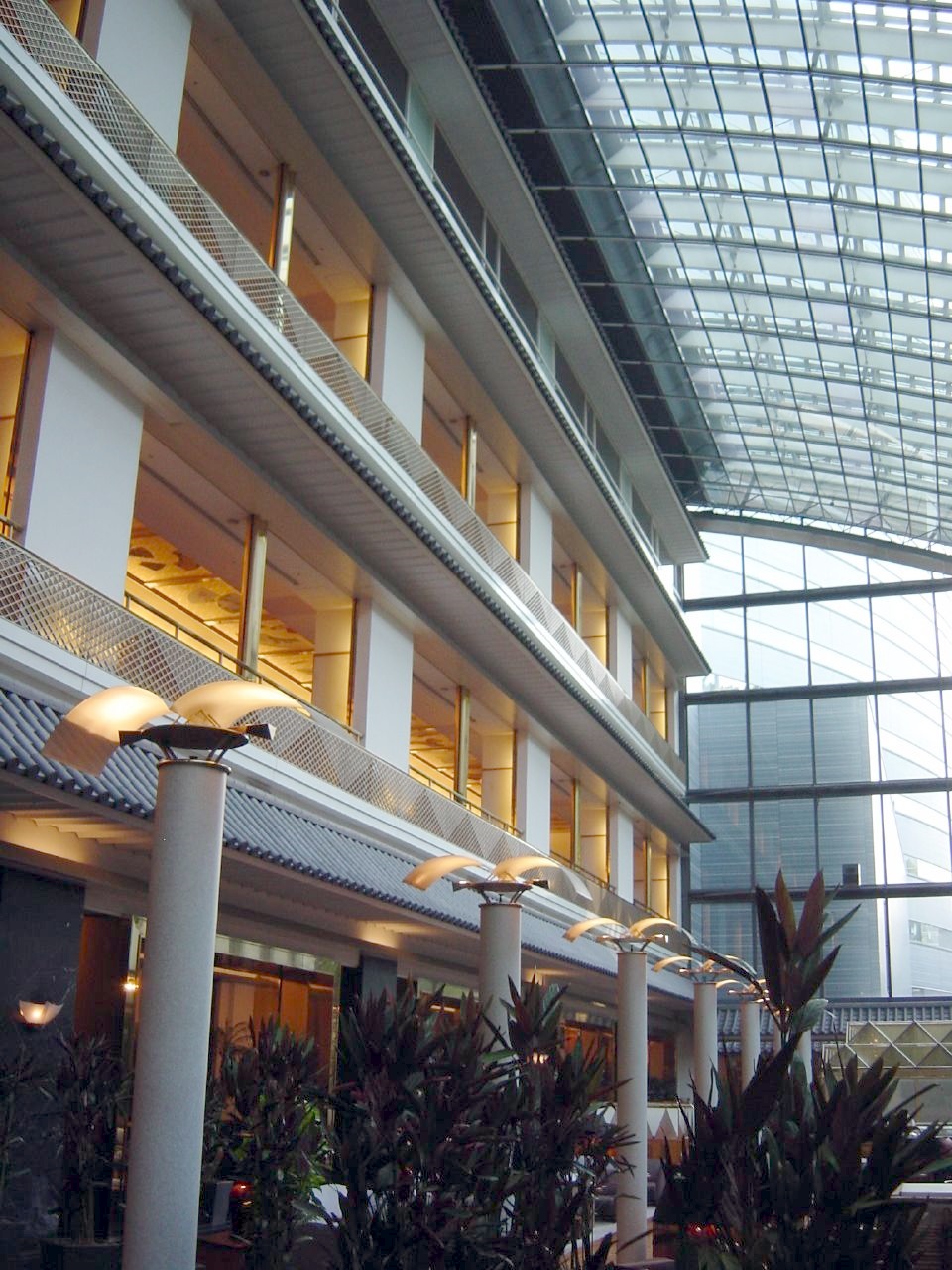 I also remembered this main lobby area from the movie, when all the strange inhabitants of the inn gathered together.