One of my friends from our weekend pick-up game sent around this quote from Nick Hornby’s novel, Fever Pitch (which was regrettably turned into a movie about baseball, rather than soccer as it was written).

This quote just captures the love and passion the world has for soccer.

Luckily, it is possible to be a professional footballer without walking on to a League pitch, and without being blessed with a footballer’s physique or pace or stamina or talent. There are the grimaces and gestures - the screwed-up eyes and slumped shoulders when you miss a good chance, the high-fives when you score, the clenched fists and hand-claps when your teammates require encouragement, the open arms and upturned palms indicating your superior positioning and your teammate’s greed, the finger pointing to where you would like a pass delivered, and, after the pass has been delivered just right and you have messed up anyway, the raised hand acknowledging both facts. And sometimes, when you receive the ball with your back to the goal and knock a short pass out wide, you know you have done it just right, just so, and that were it not for your paunch and your lack of hair, and your lack of height, were it not for all those peripherals, you would have looked just like….(Thierry Henry).

For those (probably just family and friends) that are interested, here are some pics from a recent pick-up game we had. We rented a pitch with a perfect artificial turf for $175 an hour for two hours (I need to get into that racket). One of our players is also an aspiring photographer. 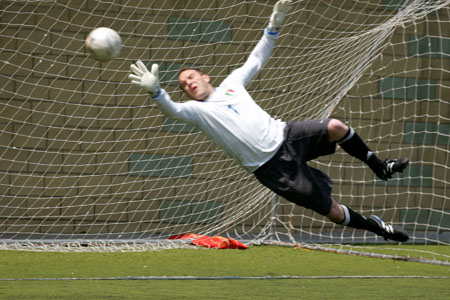 This is Clark, our fearless phenomenal goalie. You may have seen him in that movie, In Good Company. 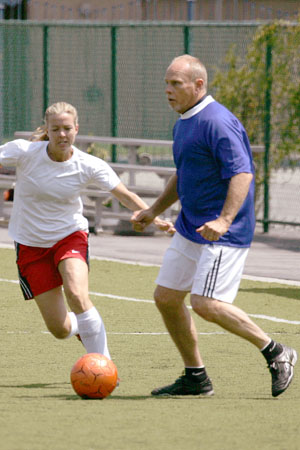 Ron, who organizes these games at the nice field, attempts to pass the ball. 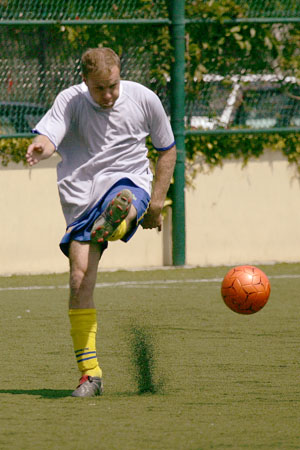 Peter here, good bloke from England, gives an undoubtedly nice cross to a teammate. Notice the rubber pellets he kicks up. 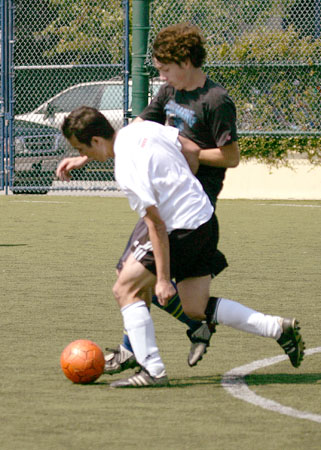 This here is me, attempting to keep a defender away from the ball. 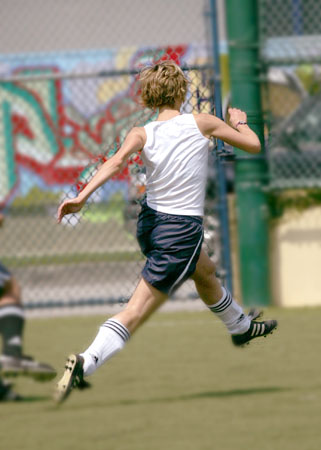 Vanessa makes sure to look good at all times when striking the ball. 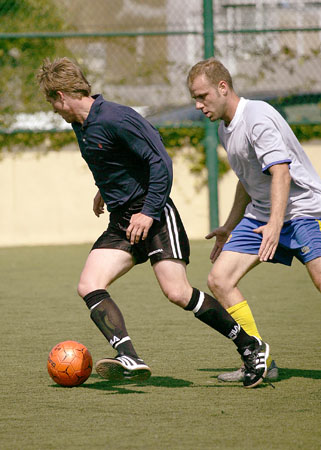 Vince protects the ball from an encroaching Peter. Vince is probably the most talented player on the field. 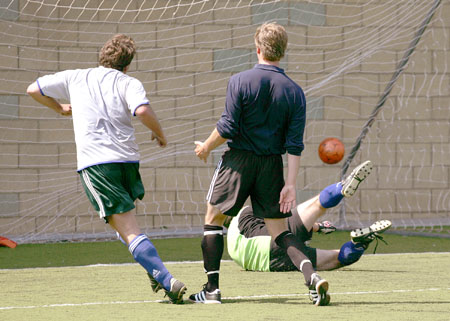 My teammate Bill puts one in the back of the net.