Do you remember that episode of the Simpsons (number 24 to be exact) where Homer takes his family to a Japanese restaurant and orders the blowfish? Yeah, me too.

My father-in-law took us out to a very traditional Japanese dinner as a celebration of TY’s (Akumi’s brother) impending wedding. Here’s a picture of our room and Akumi listening attentively as our server tells her the menu (or something like that. I couldn’t understand as it sounded like a bunch of jibberish to me. I think they call it “Nihongo” or “Japanese” to you and me). 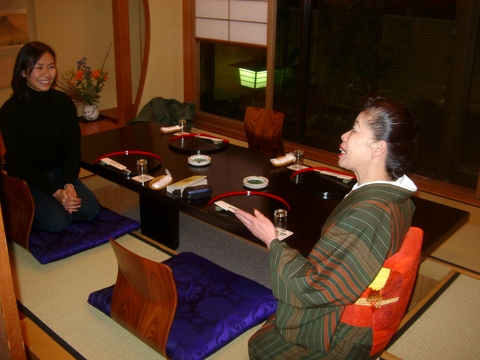 And for the main course, I will feed you poison.

The food was outstanding and very delicately prepared. At least for the two microseconds before I clumsily destroyed my dishes with my two chopsticks of death. 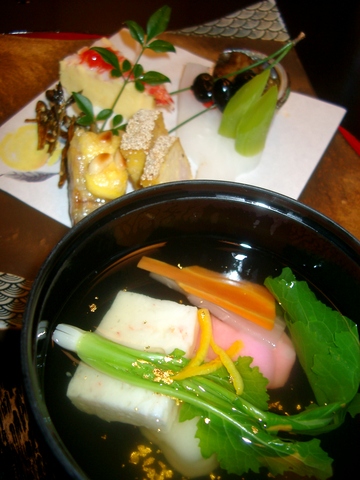 Thar’s gold in them there soup.

Much to our surprise, we were served Fugu. It’s not a typical part of this meal and isn’t listed on the menu, but apparently Akumi’s dad is such a regular he received a bit of special treatment.

Now back to that Simpsons episode. Homer discovers that he’s eaten poison and is going to die. He makes a list Homer’s List of Dumb Things I Gotta Do Today Before Dying (the first item on the list is “Make List”) and hilarity ensues.

Fugu is an ugly fish that is capable of inflating itself and exposing protective spikes (think Finding Nemo). Those spikes contain tetrodotoxin, a poison that is 1200 times more lethal than cyanide. It only takes a small amount to kill a person and each blowfish contains enough to kill 30 people. It is the one delicacy that is not allowed to be fed to the emperor (and no wonder). Approximately 100 people die from it in Japan yearly, though mostly in outlying areas where fugu is prepared by those who are not trained to prepare it. This is probably less than the number of people who choke and die on mochi rice each year. 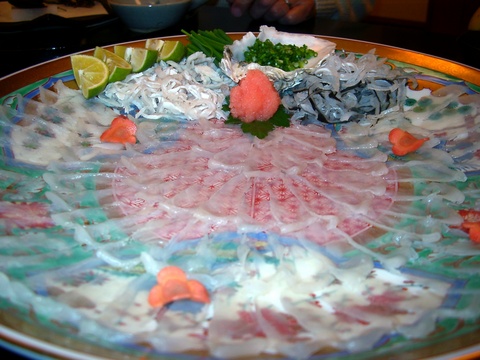 Meet the maker of your doom.

But I happily dug in. In the picture above, the plate is covered in Fugu sashimi, the main meat of the fish. At the top left, the white stuff is the skin of the fish (the best part in my opinion) and at the right is something explained to me as the “stuff between the skin and the meat”.

Apparently the word “delicacy” in Japanese means “Food that has very little taste. What little taste it has, is too subtle for your western tastebuds”. The fugu meat had a very subtle taste and a very slight chewy consistency. We dipped it in a sauce to give it more taste. Later we were served fried fugu (not pictured) and that was very delicous. Cooking it brings out more flavor.

One of my favorite parts of this meal was the expensive bottle of sake we consumed. For only 10,000 yen (around $100), we enjoyed this very smooth and clean concoction with a slight fruity aroma and taste. 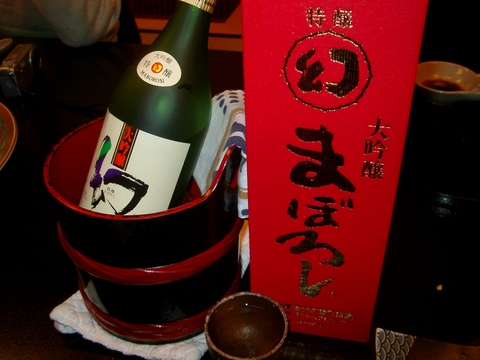 I’ve become quite a connoiseur of sake, so much so everyone wonders if I’m secretly Japanese myself.