Last Thursday I was lucky enough to attend the E3 Gaming Conference. It’s basically a candy store for adolescent boys (or adults who cater to the inner adolescent). Two words characterize the expo, sex and videogames. Booth babes were plentiful (in number and cup size), but I was more interested in the games, games, games!

Unfortunately, I borrowed a coworker’s camera and I didn’t realize that none of my pics were in focus! Doh! 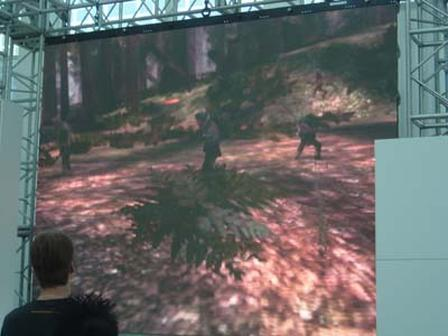 The game that most caught my attention was Star Wars Battleground. This game just looked fantastic. The part I played is set on Endor (remember them furry little half Wookies called Ewoks? Their home town) and it looks lush. Every plant and tree looks great close-up and you really feel like your in this densely wooded area fighting in an intense battle. 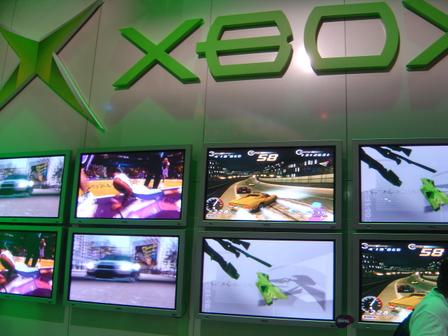 Doom3 on the X-Box also caught my attention. It has a dark atmosphere and a very cool beginning stage. You walk into a dark room and basically need to use your flashlight. As the light falls on some sort of zombie creature, he wakes up and starts staggering towards you. So you put down your flashlight to grab your gun and start firing in the dark trying to hit him till he gets close enough to see. Very cool. 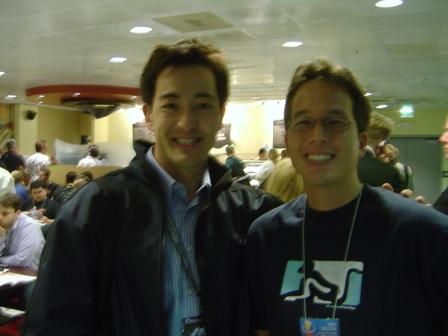 In the “It’s a Small World” category, I ran into an old friend from Alaska, Gavin (pictured on the left). He’s a director of marketing with Motorola and showed me a sweet cell-phone with a touch screen interface and a 3-D J2ME engine. It’ll be coming out in December in the U.S. 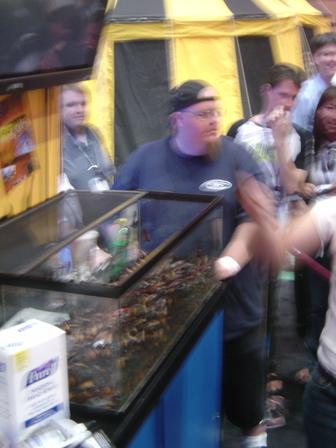 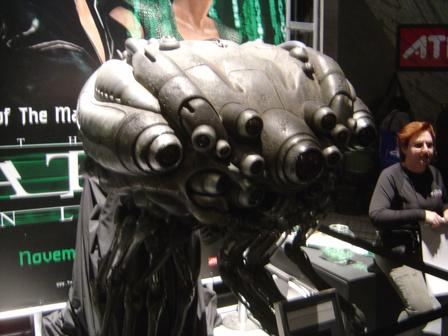