In The Case Against Pay for Performance, I argued against increasing pay based on performance reviews. Checkmate. Case closed. Or so I thought. Like many bloggers, I suffer from delusions of grandeur that millions ponder every word I write, are enlightened by insight, and then compelled to action.

Alas, it’s not to be. Instead, I find that belief in the power of rewards to spur higher performance persists despite the ample evidence to the contrary.

I suspect that one reason people continue to believe that pay for performance works is rooted in Theory X thinking.

Offers of bonuses and raises are one lever to do that.

Another reason is that they seem to be effective, temporarily. As Alfie Kohn notes in Why Incentive Plans Cannot Work…

Rewards buy temporary compliance, so it looks like the problems are solved. It’s harder to spot the harm they cause over the long term.

And yet another potential reason they persist is perhaps they are propagated (unconsciously or overtly) by those who benefit most from them. We know that racial and gender wage gaps persist in the U.S.. We also know that performance appraisals suffer from bias. This leads to a set of conditions where at least certain groups benefit from the status quo at the expense of others.

Many folks counter that they don’t work because they’re simply implemented improperly. I contend that they cannot work. Alfie Kohn backs me up (emphasis mine)…

According to numerous studies in laboratories, workplaces, classrooms, and other settings, rewards typically undermine the very processes they are intended to enhance. The findings suggest that the failure of any given incentive program is due less to a glitch in that program than to the inadequacy of the psychological assumptions that ground all such plans.

Why it doesn’t work

First, we need to differentiate “works” with “has an effect.” Certainly rewards have an effect.

As the Kohn article notes,

Do rewards work? The answer depends on what we mean by “work.” Research suggests that, by and large, rewards succeed at securing one thing only: temporary compliance. When it comes to producing lasting change in attitudes and behavior, however, rewards, like punishment, are strikingly ineffective.

Not only that, rewards often have an outcome that seems positive but is overall a negative. An analogy from the world of sports might make this point clear. 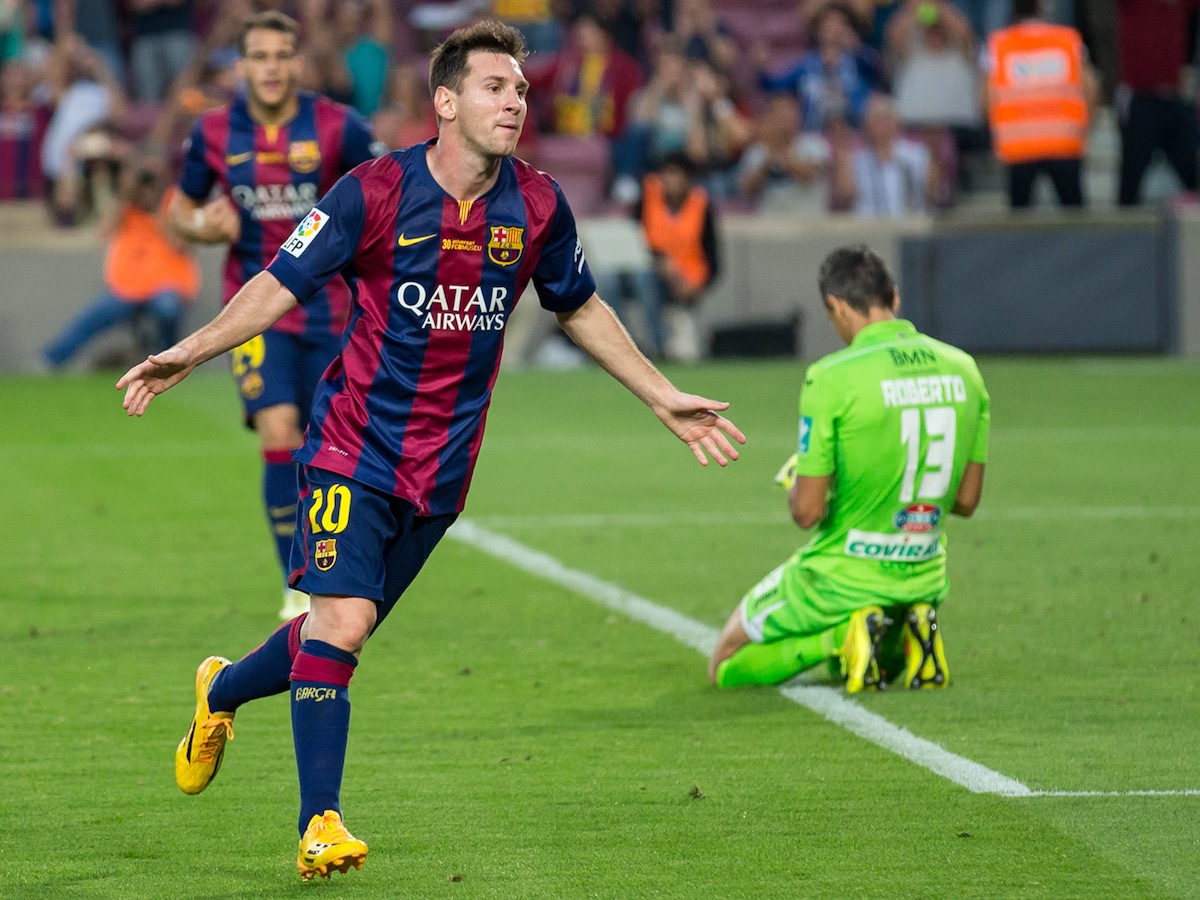 Lionel Messi is the best soccer player in the world today, if not all time (I know I’m inviting argument here, feel free to write your rebuttal on your own blog, but for now, bear with me). He is the leading scorer in La Liga (the top Spanish soccer league where he plays for FC Barcelona) with 17 goals this season so far. In fact, because I’ve sat upon this draft, I’ve had to change this figure already. The player in second place is far behind with 13 and happens to be his teammate.

Suppose Barcelona offers him $10 Million for every goal he scores. That would certainly have an effect. He would score more goals. Success! Right?

Not so fast Usain Bolt. In order for Lionel to score more goals, he’d need to take more chances. And this means taking more ill advised shots when he should have passed to a teammate. The incentive would lead to more goals but less assists. And Messi is currently in second place in La Liga in assists (he trails the leader by one). That’s how good he is. In this example, a reward for goals would have a negative overall effect on his team’s outcomes.

This is a classic case of an unintended consequence (aka be careful what you wish for).

Perhaps we can fix the rewards program. Imagine if his team changes the incentive to $10 Million per game his team wins. Would his team’s performance increase? Likely not! After all, he and his team are already doing everything in their power to win every game. Offering more pay won’t somehow magically make the team better.

Freakonomics seems to bear this out in a study on another professional sport, American Football…

That’s what Brian Burke of Advanced NFL Stats did for us, analyzing all multi-million-dollar contracts for NFL running backs since the 2000 season, a sample of 28 contracts. He found that in the year after signing their big deals, these running backs averaged .3 yards less per carry. That’s a pretty startling drop.

Chances are, these players already give their best effort. They play as well as possible. There’s no way to eke out more performance by showering them with more money.

Bringing it back to the tech industry

Ok, this won’t be a surprise, but most programmers are not elite athletes. What’s this got to do with us?

In practice, we’re not all that different. We have a unique skill that is very valuable. We try and make the most of our skill day in and day out at work. When we solve a problem, we think our hardest. It’s really hard to half-ass problem solving. For the most part, we’re motivated by intrinsic incentives such as purpose, mastery, and autonomy.

Waving more money in front of me won’t help me solve a problem or code up a solution any better. It won’t increase my performance.

At best, more money might coerce more hours out of a person. There might be a temporary increase in output. But that’s not a sustainable approach. The research is clear that long hours backfire for people and companies. This is such a Theory X manager move.

Instead, when you consider employees as intrinsically motivated to do their best work, you realize the way to improve their performance is through feedback and providing opportunities to learn and grow. In other words, help them work smarter, not harder.

I anticipate some will point out that Messi is one of the highest paid players in La Liga. So isn’t that a form of incentive pay? Doesn’t it show that incentive pay does work?

Consider this, the incentives Messi earns today are available to all other players in the league. All they have to do is perform at the level he does day in and day out. Then, they’d receive a lot more pay. So why don’t they do so? Are they not as motivated as much as he is?

His team, Barcelona, is not paying him for performance. They’re paying him for his value. This is an important distinction. Because he performs as well as he does, he brings in a lot of value to Barcelona.

Not only that, many other teams are willing to pay a lot of money to have him join their team instead. So Barcelona has to pay him something close to his market value. This high pay isn’t to incentivize him to perform well, but to incentivize him to stay at Barcelona. The same is true for any creative employee. Any system of bonuses and merit increases are doomed to fail if they fall too far behind the pay the employee could get elsewhere, all other factors being equal.

And yet, despite all that, Messi still could make significantly more at another team. This makes it clear that pay isn’t the only motivation for him to continue to play at Barcelona.