Routing in ASP.NET doesn’t require that you name your routes, and in many cases it works out great. When you want to generate an URL, you grab this bag of values you have lying around, hand it to the routing engine, and let it sort it all out. 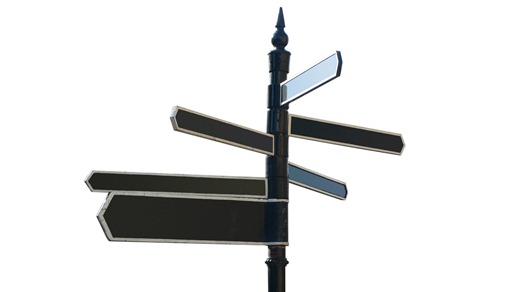 For example, suppose an application has the following two routes defined

To generate a hyperlink to each route, you’d write the following code.

Notice that these two method calls don’t specify which route to use to generate the links. They simply supply some route values and let ASP.NET Routing figure it out.

In this example, The first one generates a link to the URL /code/p/Index/123 and the second to /Home/Index/123which should match your expectations.

This is fine for these simple cases, but there are situations where this can bite you. ASP.NET 4 introduced the ability to use routing to route to a Web Form page.  Let’s suppose I add the following page route at the beginning of my list of routes so that the URL /static/url is handled by the page /aspx/SomePage.aspx.

Note that I can’t put this route at the end of my list of routes because it would never match incoming requests since /static/url would match the default route. Adding it to the beginning of the list seems like the right thing to do here.

If you’re not using Web Forms, you still might run into a case like this if you use routing with a custom route handler, such as the one I blogged about a while ago (with source code). In that blog post, I showed how to use routing to route to standard IHttpHandler instances.

Seems like an innocent enough change, right? For incoming requests, this route will only match requests that exactly matches /static/url but no others, which is great. But if I look at my page, I’ll find that the two URLs I generated earlier are broken.

This is running into a subtle behavior of routing which is admittedly somewhat of an edge case, but is something that people run into from time to time. In fact, I had to help Scott Hanselman with such an issue when he was preparing his Metaweblog example for his fantastic PDC talk (HD quality MP4).

Typically, when you generate a URL using routing, the route values you supply are used to “fill in” the URL parameters. In case you don’t remember, URL parameters are those placeholders within a route’s URL with the curly braces such as {controller} and {action}.

So when you have a route with the URL {controller}/{action}/{Id}, you’re expected to supply values for controller, action, and Id when generating a URL. During URL generation, you need to supply a route value for each URL parameter so that an URL can be generated. If every route parameter is supplied with a value, that route is considered a match for the purposes of URL generation. If you supply extra parameters above and beyond the URL parameters for the route, those extra values are appended to the generated URL as query string parameters.

In this case, since the new route I mapped doesn’t have any URL parameters, that route matches every URL generation attempt since technically, “a route value is supplied for each URL parameter.” It just so happens in this case there are no URL parameters. That’s why all my existing URLs are broken because every attempt to generate a URL now matches this new route.

There’s even more details I’ve glossed over having to do with how a route’s default values figure into URL generation. That’s a topic for another time, but it explains why you don’t run into this problem with routes to controller actions which have an URL without parameters.

This might seem like a big problem, but the fix is actually very simple. Use names for all your routes and always use the route name when generating URLs. Most of the time, letting routing sort out which route you want to use to generate an URL is really leaving it to chance. When generating an URL, you generally know exactly which route you want to link to, so you might as well specify it by name.

Also, by specifying the name of the route, you avoid ambiguities and may even get a bit of a performance improvement since the routing engine can go directly to the named route and attempt to use it for URL generation.

So in the sample above where I have code to generate the two links, the following change fixes the issue (I changed the code to use named parameters to make it clear what the change was).

People’s fates are simplified by their names.  ~Elias Canetti

And the same goes for routing.