A while back I wrote about a subtle JSON vulnerability which could result in the disclosure of sensitive information. That particular exploit involved overriding the JavaScript Array constructor to disclose the payload of a JSON array, something which most browsers do not support now.

However, there’s another related exploit that seems to affect many more browsers. It was brought to my attention recently by someone at Microsoft and Scott Hanselman and I demonstrated it at the Norwegian Developers Conference last week, though it has been demonstrated against Twitter in the past. 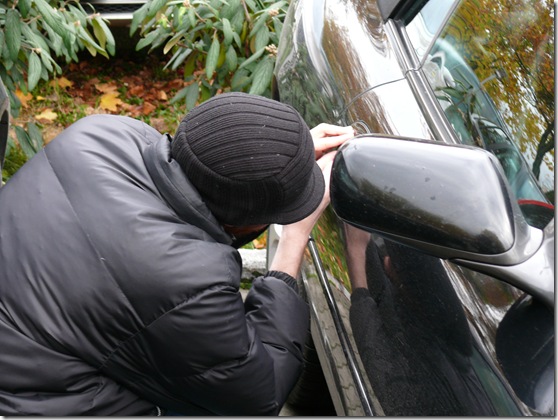 Before I go further, let me give you the punch line first in terms of what this vulnerability affects.

This vulnerability requires that you are exposing a JSON service which…

Thus if you never send sensitive data in JSON format, or you only send JSON in response to a POST request, etc. then your site is probably not vulnerable to this particular vulnerability (though there could be others).

I’m terrible with Visio, but I thought I’d give it my best shot and try to diagram the attack the best I could. In this first screenshot, we see the unwitting victim logging into the vulnerable site, and the vulnerable site issues an authentication cookie, which the browser holds onto.

At some point, either in the past, or the near future, the bad guy spams the victim with an email promising a hilariously funny video of a hamster on a piano.

The website responds with some HTML containing some JavaScript along with a script tag. When the browser sees the script tag, it makes another GET request back to the vulnerable site to load the script, sending the auth cookie along.

The bad guy has tricked the victim’s browser to issue a request for the JSON containing sensitive information using the browser’s credentials (aka the auth cookie). This loads the JSON array as executable JavaScript and now the bad guy has access to this data.

To gain a deeper understanding, it may help to see actual code (which you can download and run) which demonstrates this attack.

Note that the following demonstration is not specific to ASP.NET or ASP.NET MVC in any way, I just happen to be using ASP.NET MVC to demonstrate it. Suppose the Vulnerable Website returns JSON with sensitive data via an action method like this.

Assuming this is a method of HomeController, you can access this action via a GET request for /Home/AdminBalances which returns the following JSON:

Notice that I’m requiring authentication via the AuthorizeAttribute on this action method, so an anonymous GET request will not be able to view this sensitive data.

And you had a script tag that referenced that file:

You would get a JavaScript error in your HTML page. However, through an unfortunate coincidence, if you have a script tag that references a file only containing a JSON array, that would be considered valid JavaScript and the array gets executed.

Now let’s look at the HTML page that the bad guy hosts on his/her own server:

What’s happening here? Well the bad guy is changing the prototype for Object using the special __defineSetter__ method which allows overriding what happens when a property setter is being called.

In this case, any time a property named Id is being set on any object, an anonymous function is called which displays the value of the property using the alert function. Note that the script could just as easily post the data back to the bad guy, thus disclosing sensitive data.

As mentioned before, the bad guy needs to get you to visit his malicious page shortly after logging into the vulnerable site while your session on that site is still valid. Typically a phishing attack via email containing a link to the evil site does the trick.

If by blind bad luck you’re still logged into the original site when you click through to the link, the browser will send your authentication cookie to the website when it loads the script referenced in the script tag. As far as the original site is concerned, you’re making a valid authenticated request for the JSON data and it responds with the data, which now gets executed in your browser. This may sound familiar as it is really a variant of a Cross Site Request Forgery (CSRF) attack which I wrote about before.

If you want to see it for yourself, you can grab the CodeHaacks solution from GitHub and run the JsonHijackDemo project locally (right click on the project and select Set as StartUp Project. Just follow the instructions on the home page of the project to see the attack in action. It will tell you to visit http://demo.haacked.com/security/JsonAttack.html.

Note that this attack does not work on IE 8 which will tell you that __defineSetter__ is not a valid method. Last I checked, it does work on Chrome and Firefox.

The mitigation is simple. Either never send JSON arrays OR always require an HTTP POST to get that data (except in the case of non-sensitive data in which case you probably don’t care). For example, with ASP.NET MVC, you could use the AcceptVerbsAttribute to enforce this like so:

ASP.NET and WCF JSON service endpoints actually wrap their JSON in an object with the “d” property as I wrote about a while back. While it might seem odd to have to go through this property to get access to your data, this awkwardness is eased by the fact that the generated client proxies for these services strip the “d” property so the end-user doesn’t need to know it was ever there.

With ASP.NET MVC (and other similar frameworks), a significant number of developers are not using client generated proxies (we don’t have them) but instead using jQuery and other such libraries to call into these methods, making the “d” fix kind of awkward.

What About Checking The Header?

Some of you might be wondering, “why not have the JSON service check for a special header such as the X-Requested-With: XMLHttpRequest or Content-Type: application/json before serving it up in response to a GET request?” I too thought this might be a great mitigation because most client libraries send one or the other of these headers, but a browser’s GET request in response to a script tag would not.

The problem with this (as a couple of co-workers pointed out to me) is that at some point in the past, the user may have made a legitimate GET request for that JSON in which case it may well be cached in the user’s browser or in some proxy server in between the victim’s browser and the vulnerable website. In that case, when the browser makes the GET request for the script, the request might get fulfilled from the browser cache or proxy cache. You could try setting No-Cache headers, but at that point you’re trusting that the browser and all proxy servers correctly implement caching and that the user can’t override that accidentally.

Of course, this particular caching issue isn’t a problem if you’re serving up your JSON using SSL.

There’s a post at the Mozilla Developer Center which states that object and array initializers should not invoke setters when evaluated, which at this point, I tend to agree with, though a comment to that post argues that perhaps browsers really shouldn’t execute scripts regardless of their content type, which is also a valid complaint.

But at the end of the day, assigning blame doesn’t make your site more secure. These type of browser quirks will continue to crop up from time to time and we as web developers need to deal with them. Chrome 2.0.172.31 and Firefox 3.0.11 were both vulnerable to this. IE 8 was not because it doesn’t support this method. I didn’t try it in IE 7 or IE 6.

It seems to me that to be secure by default, the default behavior for accessing JSON should probably be POST and you should opt-in to GET, rather than the other way around as is done with the current client libraries. What do you think? And how do other platforms you’ve worked with handle this? I’d love to hear your thoughts.

In case you missed it, here are the repro steps again: grab the CodeHaacks solution from GitHub and run the JsonHijackDemo project locally (right click on the project and select Set as StartUp Project. Just follow the instructions on the home page of the project to see the attack in action. To see a successful attack, you’ll need to do this in a vulnerable browser such as Firefox 3.0.11.

I followed up this post with a proposal to fix JSON to prevent this particular issue.