In the beginning of the year I announced a .NET Port of GitHub’s Scientist library. Since then I and several contributors from the community (kudos to them all!) have been hard at work getting this library to 1.0 status. Ok, maybe not that hard considering how long it’s taken. This has been a side project labor of love for me and the others.

Today I released an official 1.0 version of Scientist.NET with a snazzy new logo from the GitHub creative team. It’s feature complete and used in production by some of the contributors. 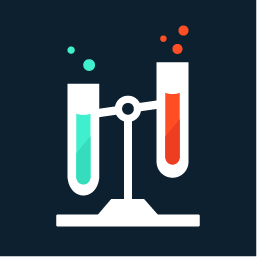 You can install it via NuGet.

I transferred the repository to the github organization to make it all official and not just some side-project of mine. So if you want to get involved by logging issues, contributing code, whatever, it’s now located at https://github.com/github/scientist.net.

You’ll note that the actual package version is 1.0.1 and not 1.0.0. Why did I increment the patch version for the very first release? A while back I made a mistake and uploaded an early pre-release as 1.0.0 on accident. And NuGet doesn’t let you overwrite an existing version. Who’s fault is that? Well, partly mine. When we first built NuGet, we didn’t want people to be able to replace a known good package to help ensure repeatable builds. So while this decision bit me in the butt, I still stand by that decision.