We could have done better. That’s the thought that goes through my mind when looking back on this past year and reflecting on NuGet.

Overall, I think we did pretty well with the product. Nobody died from using it, we received a lot of positive feedback, and users seem genuinely happy to use the product. So why start off with a negative review?

It’s just my way. If you can’t look back on every project you do and say to yourself “I could have done better”, then you weren’t paying attention and you weren’t learning. For example, why stop at double rainbows when we could have gone for triple? 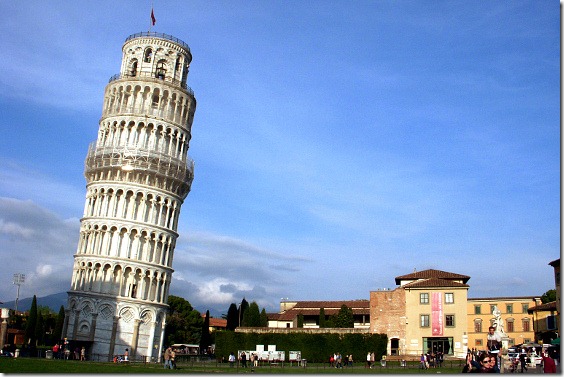 When starting out on NuGet, we hoped to accomplish even more in our first full release. Like many projects, we have iteration milestones which each culminate in a public release. Ours tended to be around two months in duration, though our last one was one month.

Because we were a bit short staffed in the QA department, at the end of each milestone our one lone QA person, Drew Miller, would work like, well, a mad Ninja on fire trying to verify all the fixed bugs and test implemented features. Keep in mind that the developers do test out their own code and write unit tests before checking the code in, but it’s still important to manually test code with an eye towards thinking like a user of the software.

This my friends, does not scale.

When we look back on this past year, we came to the conclusion that our current model was not working out as well as it could. We weren’t achieving the level of quality that we would have liked and continuing in this fashion would burn out Drew.

I came to the realization that we need to assume we’ll never be fully staffed on the QA side. Given this, it became obvious that we need a new approach.

This was apparent to the developers too. David Fowler noted to me that we needed to have features tested closer to when they were implemented. As we discussed this, I remember a radical notion that Drew told me about when he first joined our QA team. He told me that he wants to eliminate dedicated testers. Not actually kill them mind you, just get rid of the position.

An odd stance for someone who is joining the QA profession. But as he explained it to me in more detail over time, it started to make more sense. In the most effective place he worked, every developer was responsible for testing. After implementing a feature and unit testing it (both manually and via automated tests), the developer would call over another developer and fully test the feature end-to-end as a pair. So it wasn’t that there was no QA there, it was that QA was merely a role that every developer would pitch in to help out with. In other words, everyone on the team is responsible for QA.

So as we were discussing these concepts recently, something clicked in my thick skull. They echoed some of the concepts I learned attending a fantastic presentation back in 2009 at the Norwegian Developer’s Conference by Mary Poppendieck. Her set of talks focused on the concept of a problem solving organization and the principles of Lean. She gave a fascinating account of how the Empire State Building finished in around a year and under budget by employing principles that became known as Lean. I remember thinking to myself that I would love to learn more about this and how to apply it at work.

Well fast forward a year and I think the time is right. Earlier in the year, I had discussed much more conservative changes we could make. But in many ways, by being an external open source project with a team open to trying new ideas out, the NuGet team is well positioned to try out something different than we’ve done before as an experiment. We gave ourselves around two months starting in January with this new approach and we’ll evaluate it at the end of those two months to see how it’s working for us.

We decided to go with an approach where each feature was itself a micro-iteration. In other words, a feature was not considered “done” until it was fully done and able to be shipped.

So if I am a developer working on a feature, I don’t get to write a few tests, implement the feature, try it out a bit, check it in, and move on to the next feature. Instead, developers need to call over Drew or another available developer and pair test the feature end-to-end. Once the feature is fully tested, only then does it get checked into the main branch of our main fork.

Note that under this model, every developer also wears the QA hat throughout the development cycle. This allows us to scale out testing whether we have two dedicated QA, one dedicated QA, or even zero. You’ll notice we’re still planning to keep Drew as a dedicated QA person while we experiment with this new approach so that he can help guide the overall QA process and look at system level testing that might slip by the pair testing. Over time, we really want to get to a point where most of our QA effort is spent in preventing defects in the first place, not just finding them.

Once a feature has been pair tested, that feature should be in a state that it can be shipped publicly, if we so choose.

You’ll note that I’m careful not to call what we’re doing “Lean” with a capital “L”. Drew cautioned me to user lower-case “lean” as opposed to capital “Lean” because he wasn’t familiar with Lean when he worked this model at his previous company. We wouldn’t want to tarnish the good name of Lean with our own misconceptions about what it is.

This is where I have to confess something to you. Honestly, I’m not really that interested in Lean. What I’m really interested in is getting better results. It just seems to me that the principles of Lean are a very good approach to achieving those results in our situation.

I’m not one to believe in one true method of software development that works for all situations. What works for the start-up doesn’t work for the Space Shuttle and vice versa. But from what I understand, NuGet seems to be a great candidate for gaining benefits from applying lean principles.

So when I said I’m not interested in Lean, yeah, that was a bit of a fib. I definitely am interested in learning more about Lean (and I imagine I’ll learn a lot from many of you). But I am so much more interested on the better results we hope to achieve by applying lean principles.