There are only 2 hard problems in Computer Science. Naming things, cache invalidation and off-by-one errors.

I’m always impressed with the passion of the open source community and nothing brings it out more than a naming exercise.

In my last blog post, I posted about our need to rename NuPack. Needless to say, I got a bit of passionate feedback. There have been a lot of questions that keep coming up over and over again and I thought I would try and address the most common questions here.

Why not stay with the NuPack name? It was just fine!

In the original announcement, we pointed out that:

We want to avoid confusion with another software project that just happens to have the same name. This other project, NUPACK, is a software suite by a group of researchers at Caltech having to do with analysis and design of nucleic acid systems.

Now some of you may be thinking, “Why let that stop you? Many projects in different fields are fine sharing the same name. After all, you named a blog engine Subtext and there’s a Subtext programming language already.”

There’s a profound difference between Microsoft starting an open source project that accepts contributions and some nobody named Phil Haack starting a little blog engine project.

Most likely, the programming language project has never heard of Subtext and Subtext doesn’t garner enough attention for them to care.

Sometimes we are victims of our own success, and NuPack has generated so much buzz that it caught CalTech’s attention. They have been using NuPack since 2007 and theoretically could assert their common law right of “first use” (and, they recently filed a TM application). Phil and the project team are doing the right thing in making the change now while the project is young. Did they have to? The answer is debatable, but they want to eliminate confusion and show respect to CalTech’s project team.

Apparently, we’re in good company when it comes to open source projects that have had to pick a new name. It’s always a painful process. This time around, we’re following guidelines posted by Paula in a blog post entitled The Naming Game: Things to consider when naming an open source project which talks about this concept of “first use” Paul mentioned.

Why not go back to NPack?

There’s already a project on CodePlex with that name.

Why not name it NGem?

Honestly, I’d prefer not to use the N prefix. I know one of the choices we provided had it in the name, but it was one of the better names we could come up with. Also, I’d like to not simply appropriate a name associated with the Ruby community. I think that could cause confusion as well. I’d love to have a name that’s uniquely ours if possible.

The reason we wanted to make sure the domain name is available is that if it is, it’s less likely to be the name of an existing product or company. Not only that, we need a decent domain name to help market our project. This is one area where I think the community is telling us to be flexible. And I’m willing to consider being more flexible about this just as long as the name we choose won’t run afoul of the second criteria and we get a decent domain name that doesn’t cause confusion with other projects.

This one is a judgment call, but all it takes is a little time with Google/Bing to assess the risk here. There’s always going to be a risk that the name we pick will conflict with something out there. The point is not to eliminate risk but reduce it to a reasonable level. If you think of a name, try it out in a search engine and see what you find.

This one is tricky. Pretty much, if your search engine doesn’t pull up anything, it’s unlikely there is a trademark. Even so, it doesn’t hurt to put your search through the US Patent office’s Trademark Basic Word Mark Search and make sure it’s clean there. I’m not sure how comprehensive or accurate it is, but if it is there, you’re facing more risk than if it doesn’t show up.

I have a name that meets your criteria and is way better than the four options you gave us!

Ok, this is not exactly a question, but something I hear a lot. In the original blog post, we said the following:

Can I write in my own suggestion?

Unfortunately no. Again, we want to make sure we can secure the domains for our new project name, so we needed to start with a list that was actually attainable. If you really can’t bring yourself to pick even one, we won’t be offended if you abstain from voting. And don’t worry, the product will continue to function in the same way despite the name change.

However, I don’t want to be completely unreasonable and I think people have found a loophole. We’re conducting voting through our issue tracker and voting closes at 10/26 at 11:59 PM PDT. Our reasoning for not accepting suggestions was we wanted to avoid domain squatting. However, one creative individual created a bug to rename NuPack to a name for which they own the domain name and are willing to assign it over to the Outercurve foundation.

Right now, NFetch is way in the lead. But if some other name were to take the lead and meet all our criteria, I’d consider it. I reserve the right of veto power because I know one of you will put something obscene up there and somehow get a bajillion votes. Yeah, I have my eye on you Rob!

So where does that leave us?

We really don’t want to leave naming the project as an open ended process. So I think it’s good to set a deadline. On the morning of 10/27, for better or worse, you’ll wake up to a new name for the project.

@haacked to me the name is irrelevant the prouduct is ace

No matter what the name is, we’re still committed to delivering the best product we can with your help!

And no, we’re not going to name it: 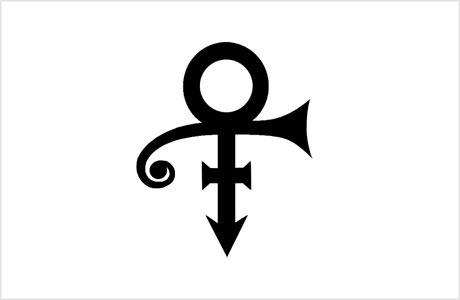