A while back, I wrote about Donut Caching in ASP.NET MVC for the scenario where you want to cache an entire view except for a small bit of it. The more technical term for this technique is probably “cache substitution” as it makes use of the Response.WriteSubstitution method, but I think “Donut Caching” really describes it well — you want to cache everything but the hole in the middle.

However, what happens when you want to do the inverse. Suppose you want to cache the donut hole, instead of the donut? 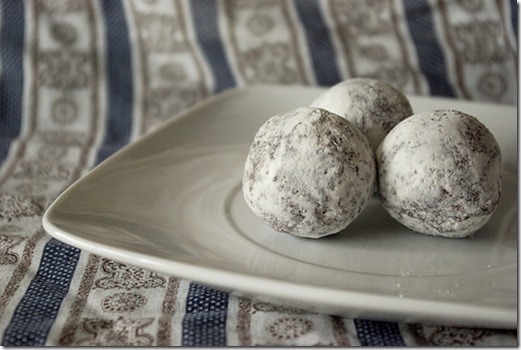 I think we should nickname all of our software concepts after tasty food items, don’t you agree?

In other words, suppose you want to cache a portion of the view in a different manner (for example, with a different duration) than the entire view? It hasn’t been exactly clear how do to do this with ASP.NET MVC.

For example, the Html.RenderPartial method ignores any OutputCache directives on the view user control. If you happen to use Html.RenderAction from MVC Futures which attempts to render the output from an action inline within another view, you might run into this bug in which the entire view is cached if the target action has an OutputCacheAttribute applied.

I did a little digging into this today and it turns out that when you specify the OutputCache directive on a control (or page for that matter), the output caching is not handled by the control itself. Rather, it appears that compilation system for ASP.NET pages kicks in and interprets that directive and does the necessary gymnastics to make it work.

In plain English, this means that what I’m about to show you will only work for the default WebFormViewEngine, though I have some ideas on how to get it to work for all view engines. I just need to chat with the members of the ASP.NET team who really understand the deep grisly guts of ASP.NET to figure it out exactly.

With the default WebFormViewEngine, it’s actually pretty easy to get partial output cache working. Simply add a ViewUserControl declaratively to a view and put your call to RenderAction or RenderPartial inside of that ViewUserControl. If you’re using RenderAction, you’ll need to remove the OutputCache attribute from the action you’re pointing to.

Keep in mind that ViewUserControls inherit the ViewData of the view they’re in. So if you’re using a strongly typed view, just make the generic type argument for ViewUserControl have the same type as the page.

If that last paragraph didn’t make sense to you, perhaps an example is in order. Suppose you have the following controller action.

And suppose you want to produce a list of jokes in the view. Normally, you’d create a strongly typed view and within that view, you’d iterate over the model and print out the joke titles.

We’ll still create that strongly typed view, but that view will contain a view user control in place of where we would have had the code to iterate the model (note that I omitted the namespaces within the Inherits attribute value for brevity).

Within that control, we do what we would have done in the main view and we specify the output cache values. Note that the ViewUserControl is generically typed with the same type argument that the view is, IEnumerable<Joke>. This allows us to move the exact code we would have had in the view to this control. We also specify the OutputCache directive here.

Now, this portion of the view will be cached, while the rest of your view will continue to not be cached. Within this view user control, you could have calls to RenderPartial and RenderAction to your heart’s content.

Note that if you are trying to cache the result of RenderPartial this technique doesn’t buy you much unless the cost to render that partial is expensive.

This would have to work in tandem with some means to specify that the bit of view data intended for the partial view is only recreated when the output cache is expired for that partial view, so we don’t incur the cost of creating it on every request.

In the RenderAction case, you really do get all the benefits of output caching because the action method you are rendering inline won’t get called from the view if the ViewUserControl is outputcached.

I’ve put together a small demo which demonstrates this concept in case the instructions here are not clear enough. Enjoy!